In the short history of Taekwondo there have been remarkable men who have worn their Taekwondo Uniform with pride and that have achieved the highest mastership levels possible. But this time we are not going to talk about a man, today we are going to talk about a woman, who, despite the complexity of trying to learn this discipline (that back in 1954 was taught only to men) became not just a Master, but achieved the highest level a Master can attain. We are talking of course about Grand Master Myong Sok Namkung-Mayes.

It was 1954 when Master Namkung-Mayes decided she wanted to learn Taekwondo, yet she faced a very complicated scenario: the learning of Taekwondo in those days was limited not just to men, but to men who were serving in the Korean military. What seemed to be a deal breaker became only a temporary deterrent as she became a student of Great Grand Master Lee Chong Woo who himself was a student of the Jidokwan Taekwondo Founder, being started this variation of Taekwondo just eight years before. 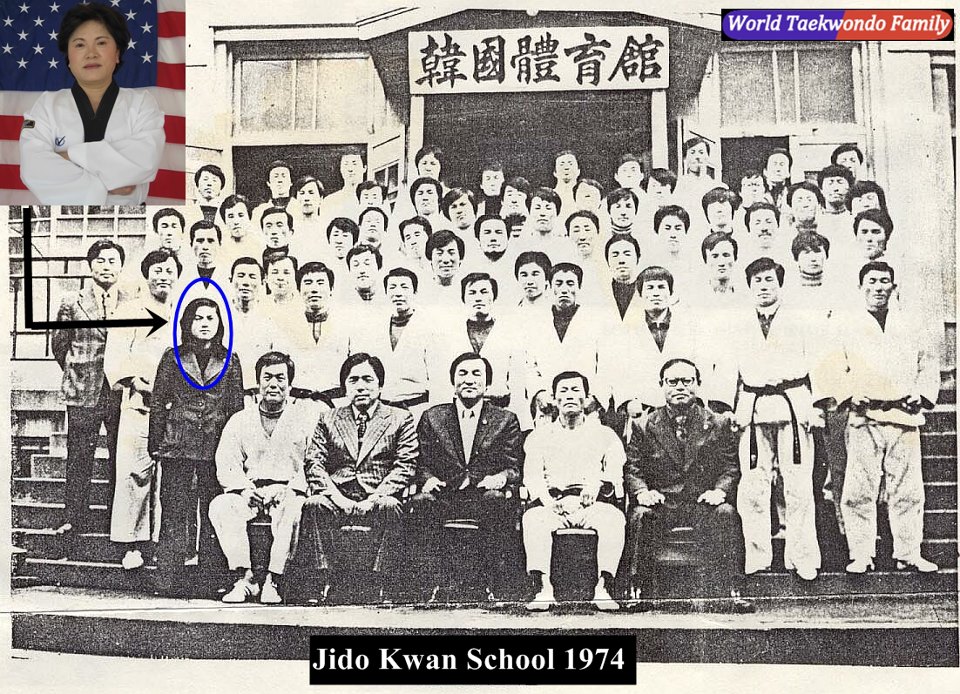 After training for ten years, Master Namkung-Mayes earn her black belt in 1964, this places her among the first women to wear a black belt in her Taekwondo Uniform a such an early age of this martial art.

One of the remarkable things about Master Namkung-Mayes was the fact that she was proficient both in demonstration and Kyorugi, that is something unusual in Taekwondo as some practitioners become proficient in one or the other, but rarely there are some that master both, and in the case of Master Namkung-Mayes, she was. This particular fact allowed her to be part of the Korean National Kyorugi team and the Korean National Demonstration Team simultaneously.

In 1987 Master Namkung-Mayes followed the example of the masters before her and sought to expand the teaching of Taekwondo to other regions of the world and her destination was the United States of America, specifically the state of North Carolina. There she founded her Taekwondo Center where she began to teach those eager to take on the path of Taekwondo.

And if her career wasn’t remarkable enough as it was, in 2007 the World Taekwondo Academy approved her to get her 9th. Dan. One of the highest degrees ever gotten by a Taekwondo Master in history.

This is a lesson on itself because if we make note of the time between the moment Grand Master Namkung-Mayes wore her black belt on her Takewondo Uniform for the first time and the moment she earned her 9th Dan, there were over 43 years in between. This is something remarkable because it shows us that she took the time to learn each and every technique, to master each of the knowledge points necessary to move Dan after Dan after Dan, without haste, on the contrary, showing an enormous example of patience and dedication.

One of the interesting things to mention is that nowadays Grand Master Namkung-Hayes is still, to best of her extent, teaching the way of Taekwondo to another generation of youngsters eager to imitate this remarkable woman.