The month of October will be a lot of action for Taekwondo practitioners as in many countries around the world there will be tournaments that will allow for them to compete against their peers from all over the world.

The month kicks off in Hungarian soil with the Budapest European Cadet Taekwondo Championships, this tournament is organized by the HTF (Hungarian Taekwondo Federation) and is open to participants from Europe.

As with every event, there will be anti-doping tests as well as the requirement for all participants to wear the official Taekwondo Dobok recognized by the WTF as well as their protective gear like a mouth guard, shin guard, groin protector and protective sensor socks. It is important to mention that the electronic body protector will be provided by the organizer during the event.

So far there are over 400 participants signed up. 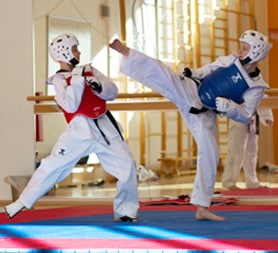 Parallel to this event, the Pan American Taekwondo Union will be hosting the 2017 Taekwondo President’s Cup in Las Vegas, Nevada, USA. Although this is a Taekwondo G2 Kyorugi and G1 Poomsae ranked tournament it is also an open tournament so any taekwondo participant can enter regardless of age. As with any WTF sanctioned event, the use of the official Taekwondo Dobok is a must for all participants.

With over 250 participants already registered one of the most interesting events in the month is the 7th World Para-Taekwondo Championships that will be held in London starting on October the 19th, this is an event for taekwondo practitioners with disabilities and is hosted by World Taekwondo with both Kyorugi and Poomsae classes. 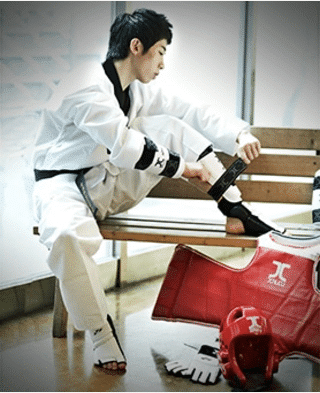 Also, London will be the host, with just three days of difference of the World Taekwondo Grand-Prix and is open for participants from all over the world, it is important to mention that the Taekwondo Dobok to be worn in this competition is the one sanctioned by the WT and must be from a WT-sanctioned manufacturer. At the same time, we’ve been informed that they require each participant to wear the electronic protector as well as the PSS headgear (remember, this pieces along with protecting the practitioner they also provide with the electronics for the judges to correctly award points during the matches).

It is important to mention that there will be anti-doping tests performed at random times to ensure that all athletes are abying by the rules. These tests will be based on the WTF rules as well as by the WADA code.

And to close the month the land where Taekwondo was born, Korea, will be host for the 2017 Kimunyong Cup International Open Taekwondo Championships, the city of Seul will be receiving, from October 28 through November 1st, athletes from all over the World that will be participating in three divisions: Kyorugi, Poomsae, and of course Gyeongyeon. This will be a G1 WTF sanctioned event.

Now, this event is not open, it is only for Blackbelt masters Kukkiwon and that are registered with the GMS (Global Membership System) and must present their Blackbelt certificate.