This led to the creation of the WTF (World Taekwondo Federation) which took in charge not just to promote the new martial arts style but also to set the standards and rules as well as to set offices and federations around the world to make these rules effective and have an ordered way to make it work.

The result of this work was to first include Taekwondo as a demonstration sport in the Olympic games to later become (starting in Tokyo 2020) as an official discipline. The Olympic games are not the only competitions sanctioned by the WTF, there are national and continental competitions, some of which are part of the Olympic cycle as we mentioned before.

Unifying the way in which every national Taekwondo federation is managed has been a cornerstone of a martial arts style that is not as ancient as its counterparts in Asia and around the world, contrary to what it is believed, Taekwondo was able to extend around the world very quickly and being recognized as an official Olympic sport is one of the greatest things achieved to date.

WHAT RANKINGS ARE THERE

The minute a practitioner wears a Taekwondo Dobok for his or her first match and/or presentation that’s technically the minute they become written in the Taekwondo Rankings, there are two main rankings in which Taekwondo Dobok wearers are measured, one is the World Ranking and the other is the Olympic ranking, the latter being the one in which those athletes who have reached Olympic competition, are measured.

Each of the rankings is divided by gender and currently, the male raking sees South Korean Tae-Hun Kim with 535.8 points scored so far. In the female division Panipak Wongpattanakit from Thailand leads the board with 410.98 points scored to date, this is the Olympic division. 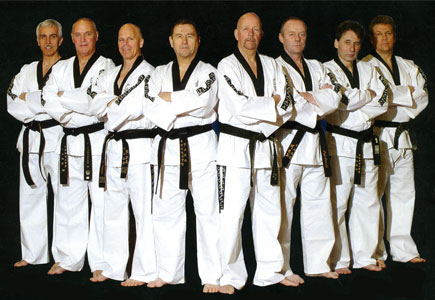 The World ranking, in a very interesting development, is also topped by Tae-Hun Kim while the World Taekwondo rank on its female division is topped by Kyriaki Kouttouki from Cyprus, the first with 235.6 points scored up to date, while the latter has scored 199.4 points up to date.

But aside from competition ranks, there’s also the belt ranks, remember, aside from wearing your Taekwondo Dobok, you also start by wearing a white belt, the color of this belt changes as you progress, each color belt you wear puts you in a different rank, rank that is respected and reflected in competition up to when you become a black belt Master.

Each belt requires not only that you get the proper training but also needs for you to spend a necessary amount of time so you can understand each of the teachings that come with it, you can move from white to green belt with periods of two months between each, after that and up to red belt the periods increase to six months between each belt, to pass to red and black stripe you need to spend 9 months and after that at least two years before you can get a black belt.