Taekwondo like most contact sports is commonly prone to injuries which can range from simple sprang ankles to delicate bone or even multi-bone fractures either on the arms and legs, that’s why any person who decides to wear a Taekwondo uniform needs to be aware of the risks involved.

One of the most interesting things that have been found via professional studies is that the most common way for a Taekwondo practitioner to get injured is via defensive kicks, while it might surprise some, it is a situation of opposing forces going one against the other, meaning, when your opponent throws a kick you try to block it with a kick of your own which results in both legs colliding with each other causing injuries that could go from a painful hit to a bone fracture, this depending on where and how hard the collision happened. 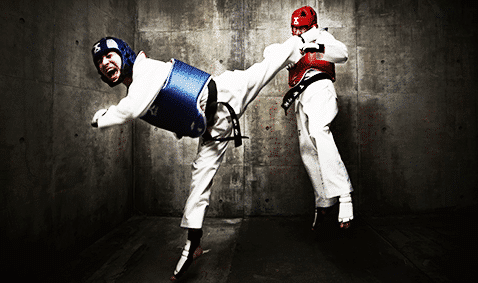 On the other hand, offensive kicks are the second cause of injuries not just because of simultaneous impact but also because when you throw a kick there are several areas of the leg that can get hurt, like the knee if the leg extends too much for instance, also the hip can be hurt, ankles can also be hurt by impact when the whole weight of the body comes down on it after a flying punch and/or kick.

Most of these injuries don’t happen immediately, that’s something we need to clarify, injuries to the knees, muscles and hips can develop over the course of months and not just while performing Taekwondo but also during training sessions if the proper preparation of the muscles doesn’t occur. 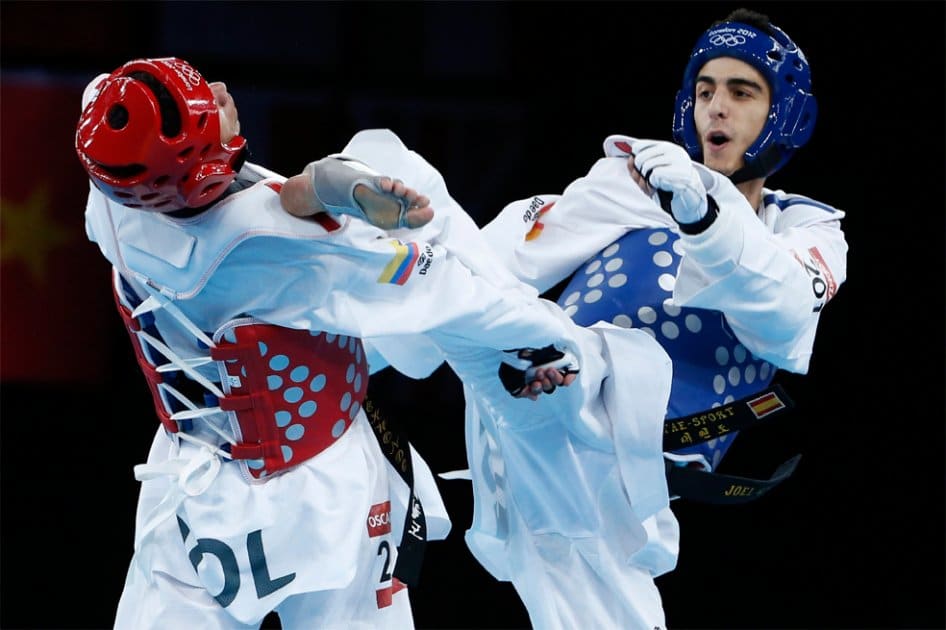 The explanation? In Taekwondo the legs are in fact the most striking weapons, while the head is the primary target for this offensive actions due to a number of points a practitioner can obtain during competition and of course because it can result in an immediate knockout in a real life combat.

Now the problem is that the kick itself might not be the cause of injury but the way it is applied and the way it is blocked that can cause an inadequate landing on the part of the offensive player resulting in the injuries stated above. 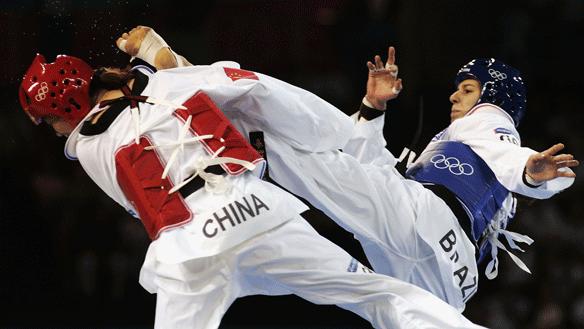 Of course when correctly applied the impact to the head can be devastating and the consequences might not be noticeable immediately but over time when concussions appear or are wrongly treated.

One of the main reasons is also the fact that, for black belt competitions, points awarded for the head hits have been increased in Olympic and pre-Olympic competitions causing the practitioners to try and go for head with flying kicks from the very start which results in the dangers stated above.

All in all, the minute you choose to wear a Taekwondo Uniform you need to realize that as it can happen in any contact sport, the risk of injury either of immediate nature or those that grow over time, will always be there, so, no matter what belt color you have, or what kind of competition you are into, always be careful with yourself and your opponent.