In previous articles, we have talked about the Taekwondo Uniform and its importance in the practice of this martial art. What we haven’t mentioned is the fact that this uniform is known as Dobok.

One of the interesting parts about the Dobok or traditional Taekwondo Uniform is that it can be either white or black (something unusual in other martial arts where the uniform is always white), also, and again in the uniqueness of Taekwondo, the Dobok can have a different color in the back making it more unique (in the case where a specific print is added). 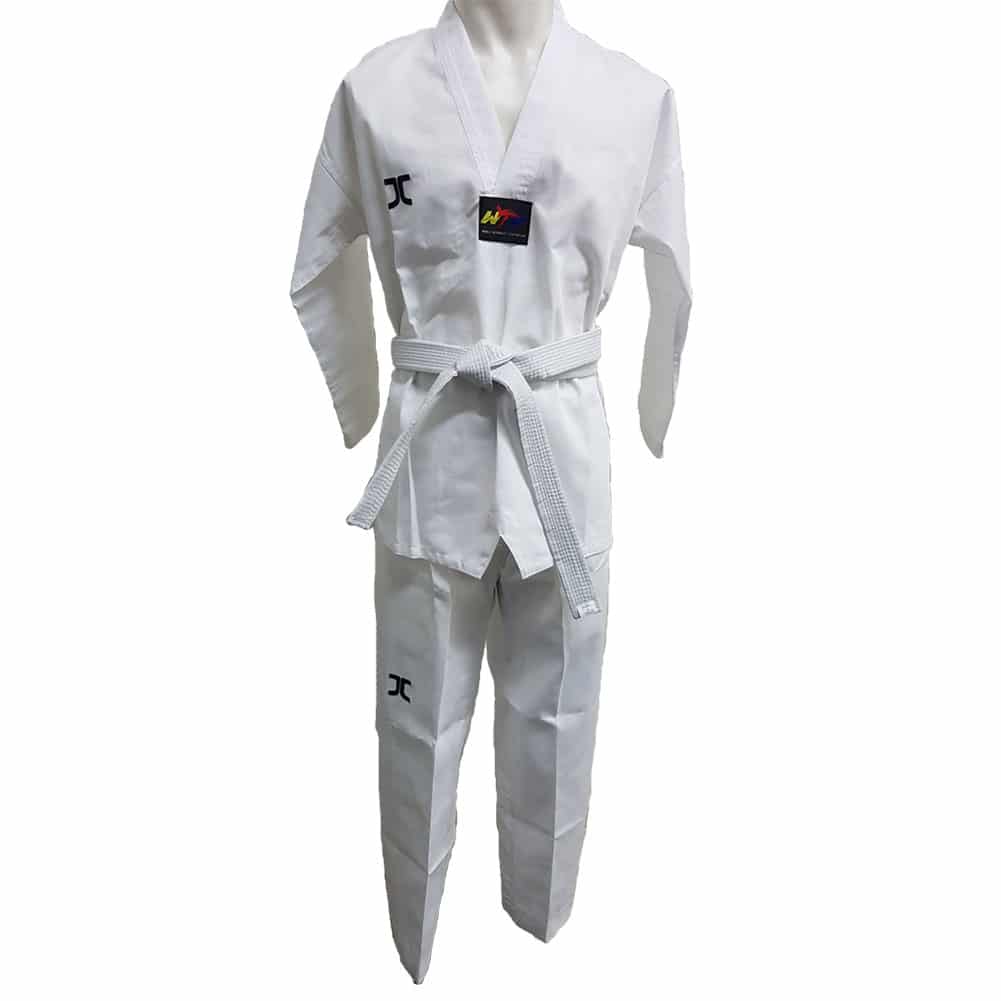 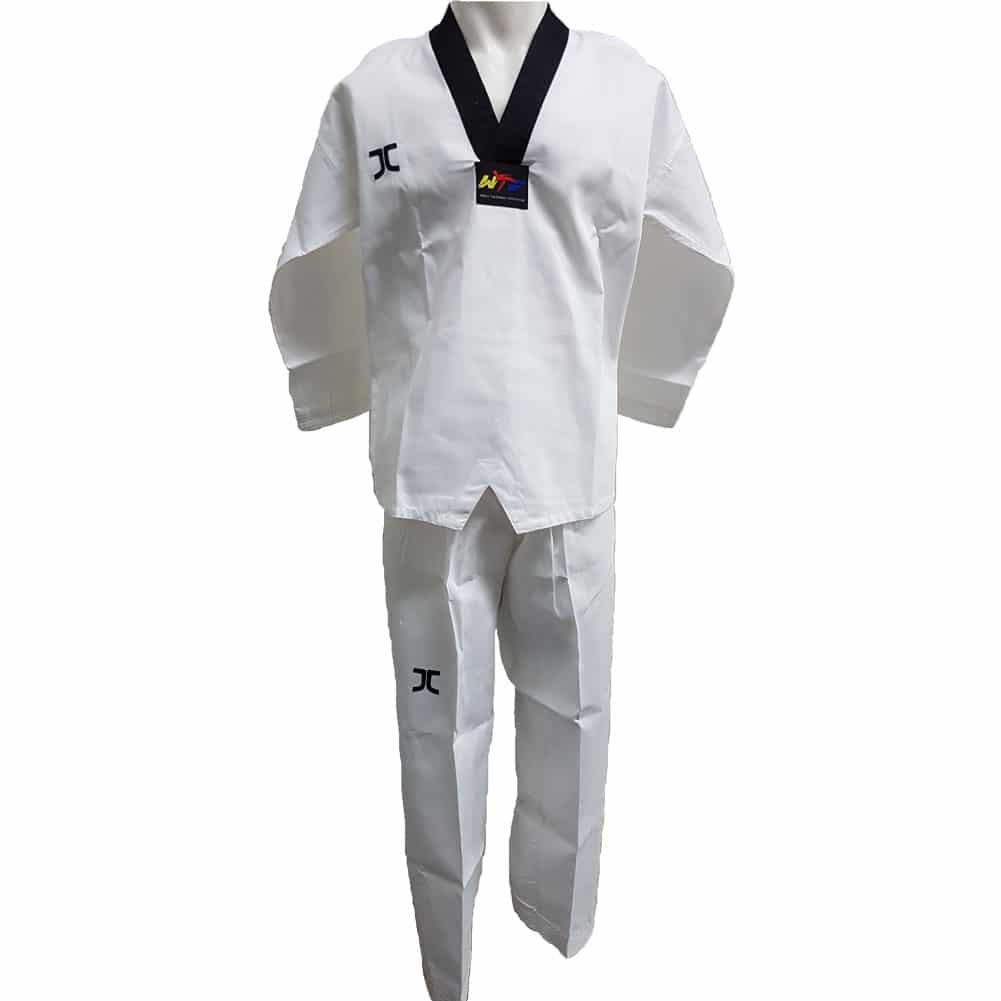 The differences between the Dobok and the uniform worn by other martial artists begin by the size of the trousers and the sleeves which are more wider and longer which help the practitioners to have more freedom when performing flying kicks or any other faster moves that rely on comfortable clothing to be performed correctly.

Another interesting fact is that the World Taekwondo Federation requires a special type of Dobok to be worn for official competitions which is more similar to the karate one that consists of a cross-over jacket in front that ties on the sides.

The Dobok has a belt around it that is white for beginners and, depending on each school has colors that range from orange, red, blue, green and ultimately black. And even this is not the top degree as a black belt can have its own degrees known as Dans.

It is important to mention that there can be color combinations where the top of the dobok can be white while the pants are black, now this depends on the school and one must remember that if it is for competition the uniform must be in regulation with the corresponding authority like the WTF for example. 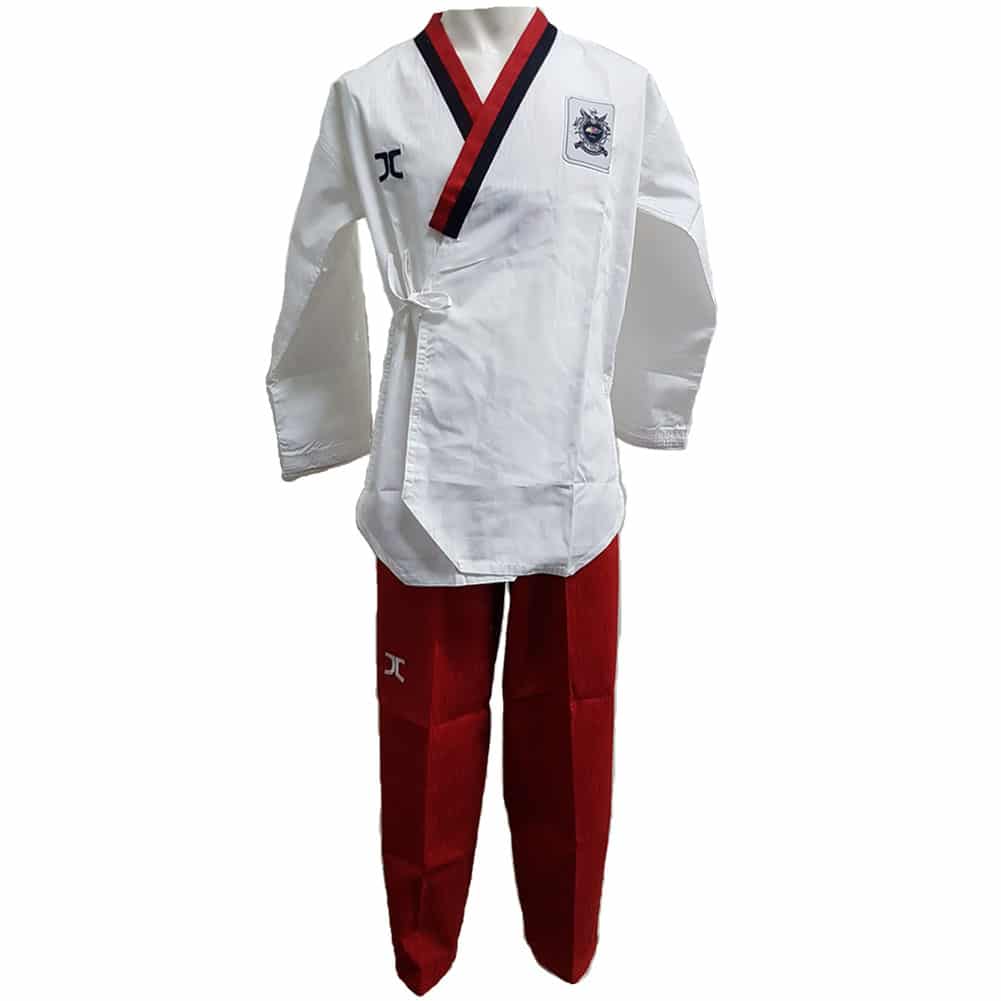 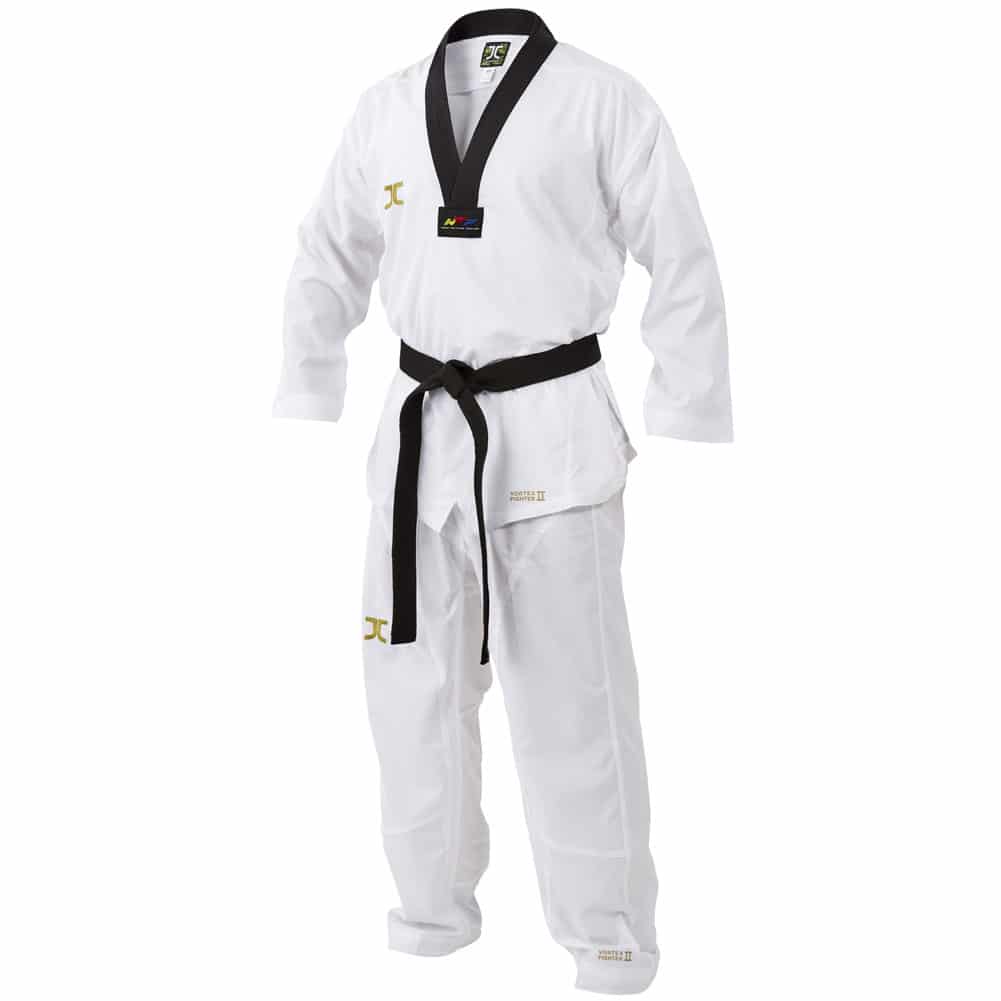 There are some colors approved by the WTF for the Dobok trousers, these colors range from blue, black, red alongside with a gold variation in which the jacket is golden and the trousers are navy blue (it is known that this combination is reserved only for black belt masters).

This does not happen in other martial arts and, like we mentioned before, it is unique of Taekwondo and it mostly applied to the white version of the Dobok.

The Dobok is mostly done of cotton and cotton-polyester materials that ensure comfort while being resistant at the same time.

One of the most important things to keep in mind is the fact that the uniform shows the world what kind of martial art school you represent so it must be worn with honor and discipline, especially during Olympic competition where, added to this, the values of Pierre de Coubertin are also on the line.