In Taekwondo (just like any other martial art) there must be a way to distinguish the level of knowledge each practitioner has achieved at a certain point in its way, and there is no better way than the belts worn around the waist.

Let’s begin by taking into consideration that the belts represent the knowledge and proficiency a student has reached during his or her tenure in Taekwondo, now let’s understand that belts do not come just by spending a determined amount of time practicing, no, that’s not it, you need to prove yourself, need to prove that you have achieved, like mentioned above, the level of proficiency, knowledge and application of the required techniques required for those who wear the same color belt you go for.

These tests include basic moves (depending on the belt there’s a specific set of moves that the student is either required to master and/or perfect), forms (each belt requires the knowledge and/or perfection of a specific set of forms and its complexity grows as the color of the belt changes through time) and of course, there’s the sparring where the student proves in combat his proficiency utilizing the knowledge expected for each belt.

SO WHAT COLORS ARE THERE AND WHAT DO THEY MEAN?

Well, belt colors start with the white belt, this color means the student is pure in knowledge, is clean and is ready to start learning, it is like the empty painting surface of an artist where martial arts will create a new person through this ancient knowledge, hence the whole taekwondo uniform is white. 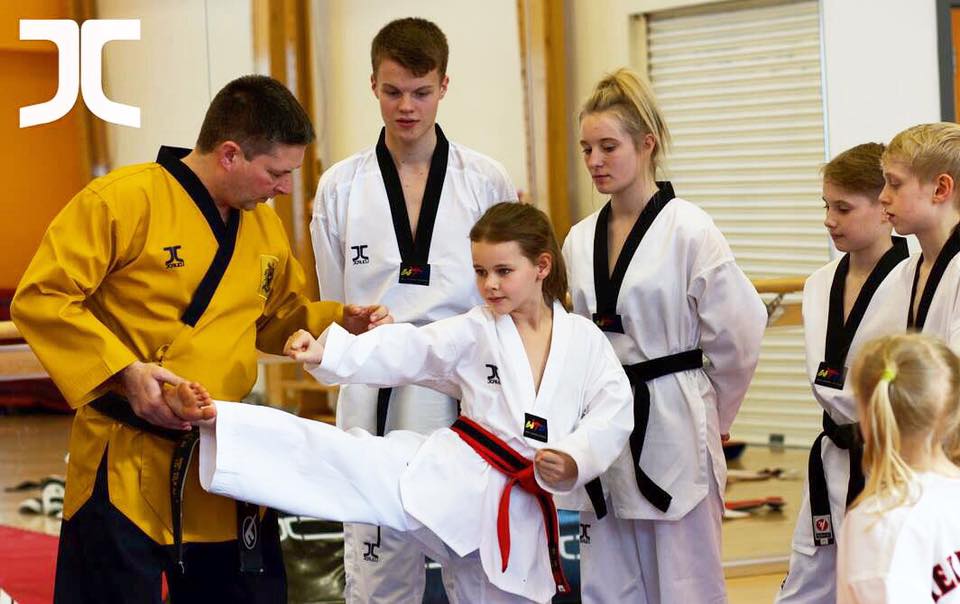 The next color in the line is the orange, this color means that the student is beginning its way, that the new day is rising and with it the sun, hence the orange color, the first level has been reached and the first step on the way has been walked.

When the sun is in its highest it’s yellow light covers it all, the second step of the road was been walked and the student has reached a new level of knowledge, hence the yellow color in the belt.

The next colors in the line are the greens (camouflage and green) which mean the strength of the three and the knowledge of the ancients is coming and growing within the student.

Then come the purple and blue which mean the student is reaching new heights (reaching the sky) and its path is now more secure than ever.

From here on come the three highest levels, first, the brown belt, the brown color representing the earth where the student has deep roots in the knowledge of Taekwondo and is approaching mastery.

The red belt means the day is coming to an end (sunset) and now the student has reached a level of knowledge of moves and fighting skills and now requires to reach the balance represented by the learning to master its mind and control its emotions. 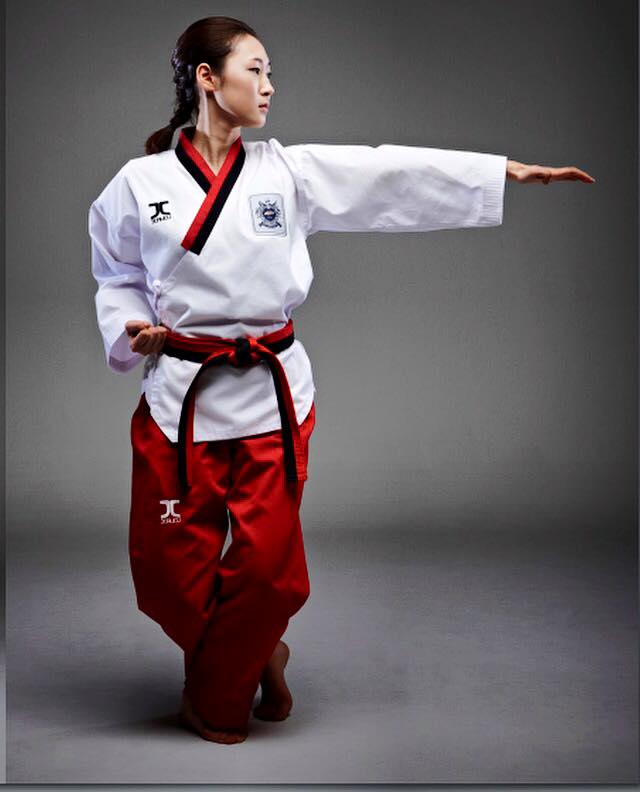 The passageway from student to mastery is represented by the red and black belt, the day of the student ends and the era of the Master becomes real.

The final level is that of the Black Belt, a new Master is born and now his job is to plant the seeds for the future, meaning his or her turn to teach to new students has come.

One of the particularities of Taekwondo is that the jacket can have the belt colors represented (but just when you achieve red and black or black belt status). Also, and different from other martial arts, the belt is passed around the body (and the taekwondo uniform)  just one time.