Taekwondo is martial art devoted to speed and strength, both when kicking and punching, but that does not mean you don’t learn how to block attacks, in fact, that’s today’s topic. As a matter of fact, the defense is one of the key elements of Taekwondo, remember, wearing a taekwondo uniform doesn’t mean you are going to use it as your first choice to resolve a conflict, remember, it has to always be the last.

There are two ways in which you can defend yourself in Taekwondo, each of them relates to the way in which the defense is applied, responding with violence or evading and throwing. 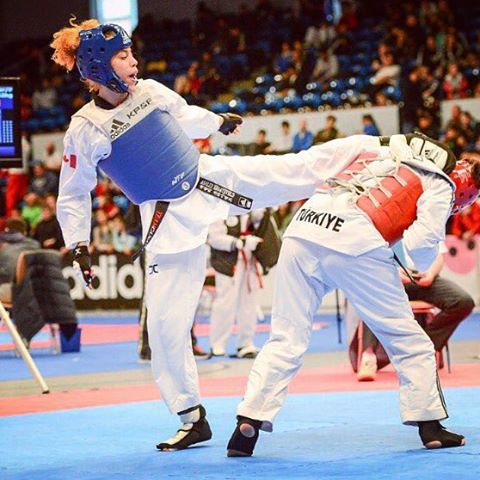 The first kind of defense is known as “linear defense” which means responding violence with violence, meaning that you will use punches and kicks among other techniques like headbutts in order to counter an offensive.

This kind of defense is might be effective in some way but also represents a risk because when both parties throw punches and kicks at the same time the chances of a violent clash that can result in a bone fracture can occur.

But nonetheless, it also allows for the practitioner to keep its opponent at a distance not avoiding his attacks, a good offensive defense relies on the effectiveness of what you choose to throw and how exactly can you predict what your opponent will try against you. 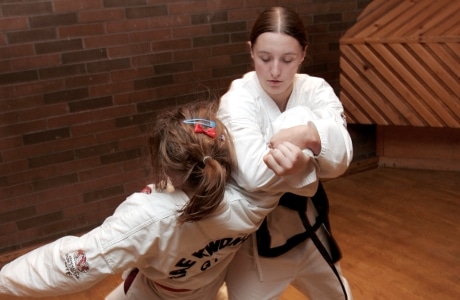 Now, the other way you can defend yourself in Taekwondo relies on what is known as “circular defense”, which means not only moving to the sides to avoid the incoming attack but also to counter with a throw and/or holding maneuver.

For a start, there’s what’s known as “Ji Ap Sui”, also known as “pressure point” applications. In Taekwondo it is believed that the body has specific points that when applied pressure to can produce effects that can range from pain to even death. Of course, to achieve this you need to have deep knowledge on how to do it.

There’s also the “Too Sui” which translates into using the opponents force to throw him away which in turn will allow for the practitioner to gain the advantage over the opponent and subsequently emerge victorious from the confrontation.

A very interesting technique known as “joint locks” which is useful against opponents that bear any kind of weapon since its aim is to go after any joint in the body and cause enormous pain which in turn allows for the weapon to be dropped and neutralized.

There are also the choke techniques or “Chil Sik Sul” which are designed for interrupting the flow of oxygen to the brain which causes almost immediate loss of consciousness. Now, due to the dangerousness of the technique and the fact that if applied with an extreme strength you can break the trachea and thus are only taught to advanced students.

Finally, there are the Freeing Techniques known as “Paegi” and as the name implies are designed to help the practitioner to free from a hold and counter with a punch or kick in order to regain the advantage.

As you can see, the minute you wear your taekwondo uniform, you become a defensive machine as well as an offensive player either in real life combat as well as competition.